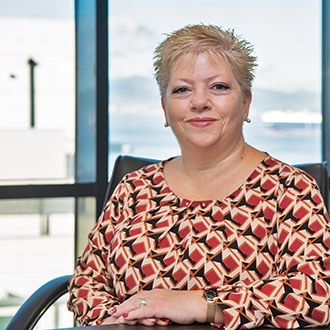 Susan joined Line Group in 1999 as a Company Manager, managing a large portfolio of Gibraltar companies and undertaking directorial and/or secretarial roles for the majority of those companies.

Susan was granted an FSC licence in 2007 to provide directorships to client companies of Hassans and its associated subsidiaries. Later that year she became the deputy head of the Gibraltar Corporate Services Department and in July 2012 was promoted to Head, supervising and steering a team of over 20 people.

As part of her role which is now largely managerial by nature, Susan is involved with new client business, dealing with due diligence and liaising with other professionals to provide optimum structures to suit clients’ requirements. Susan still maintains direct contact with many of her clients and is involved in transactions that require a more experienced overview.

Susan is licensed as a Company Manager by the Gibraltar Financial Services Commission.